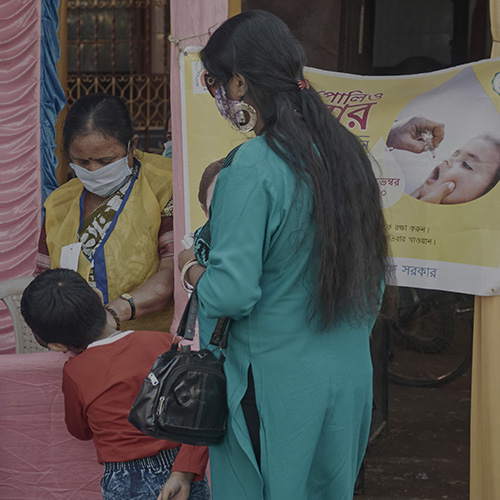 The Need:
For the last 20 years, global polio eradication has been a collaborative effort between the World Health Organization, UNICEF, Rotary International, CDC, foreign Ministries of Health, and other non-governmental organization partners. Despite being close to global polio eradication, there are still countries where polio is endemic, and the challenge of circulating vaccine derived polio (cVDPV) remains. Disease surveillance does not occur in many areas, hampering eradication efforts.

Results:
Since 2003, McKing has been supporting polio eradication efforts by placing consultants in over 40 countries for short- and long-term assignments, enabling international organizations to have representatives on the ground, keeping them informed of and participating in in-country surveillance activities.

McKing’s on-the-ground support and collaboration with key public health organizations has contributed to polio eradication efforts worldwide. Results in Africa provide an example of McKing’s successful support and implementation of strategies developed by international organizations. Polio cases in inaccessible areas of Nigeria caused difficulties in fully eradicating wild polio in the African region; however, through collaborative efforts supported by McKing, Nigeria is now free from wild polio virus, and the continent of Africa is considered polio free as of August 2020. At the beginning of 2021, only two countries were still considered to be polio endemic countries—Afghanistan and Pakistan; the focus of McKing’s support has turned to eradicating polio in these countries. McKing consultants are also now focused on providing outbreak response as outbreaks occur, and working on advocacy for the new polio vaccine, nOPV. 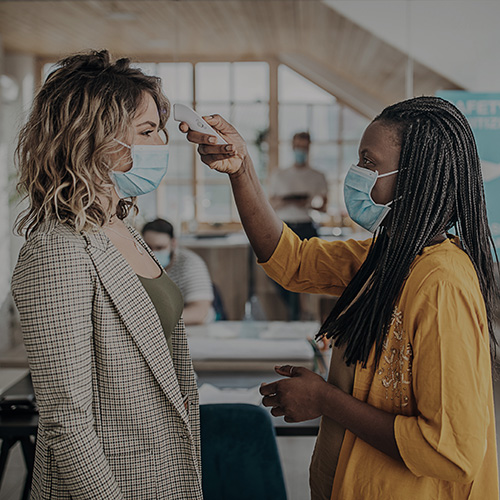 McKing staff and consultants are supporting the response to COVID-19 around the world through international surveillance activities, training of health care staff and providers at multiple levels, spreading awareness, and improving emergency preparedness.

McKing also provides subject matter expertise and testing support for the development of Coronavirus Interactive, an external interactive dashboard website that displays a variety of important and timely COVID-19 data.

Using tools available via the ArcGIS Portal, McKing staff are configuring a custom internal COVID-19 site that will serve as the hub for all internal response efforts. The site is being built using all datasets, feature services, maps, apps, and dashboards currently in development.

Despite shelter-in-place policies across the United States, we are still seeing the virus spread in some communities. Using data from dashboards (specifically the Mobility Data Index Dashboard), McKing team members are piloting a public health communications campaign targeting those with higher than average or increasing mobility.

While shifting gears to focus on the evolving needs of the COVID-19 response, the McKing team continues to support existing programmatic work. The fulfilment of regular tasks is critical during this activation to ensure that programs are able to quickly and efficiently resume normal operations when needed.